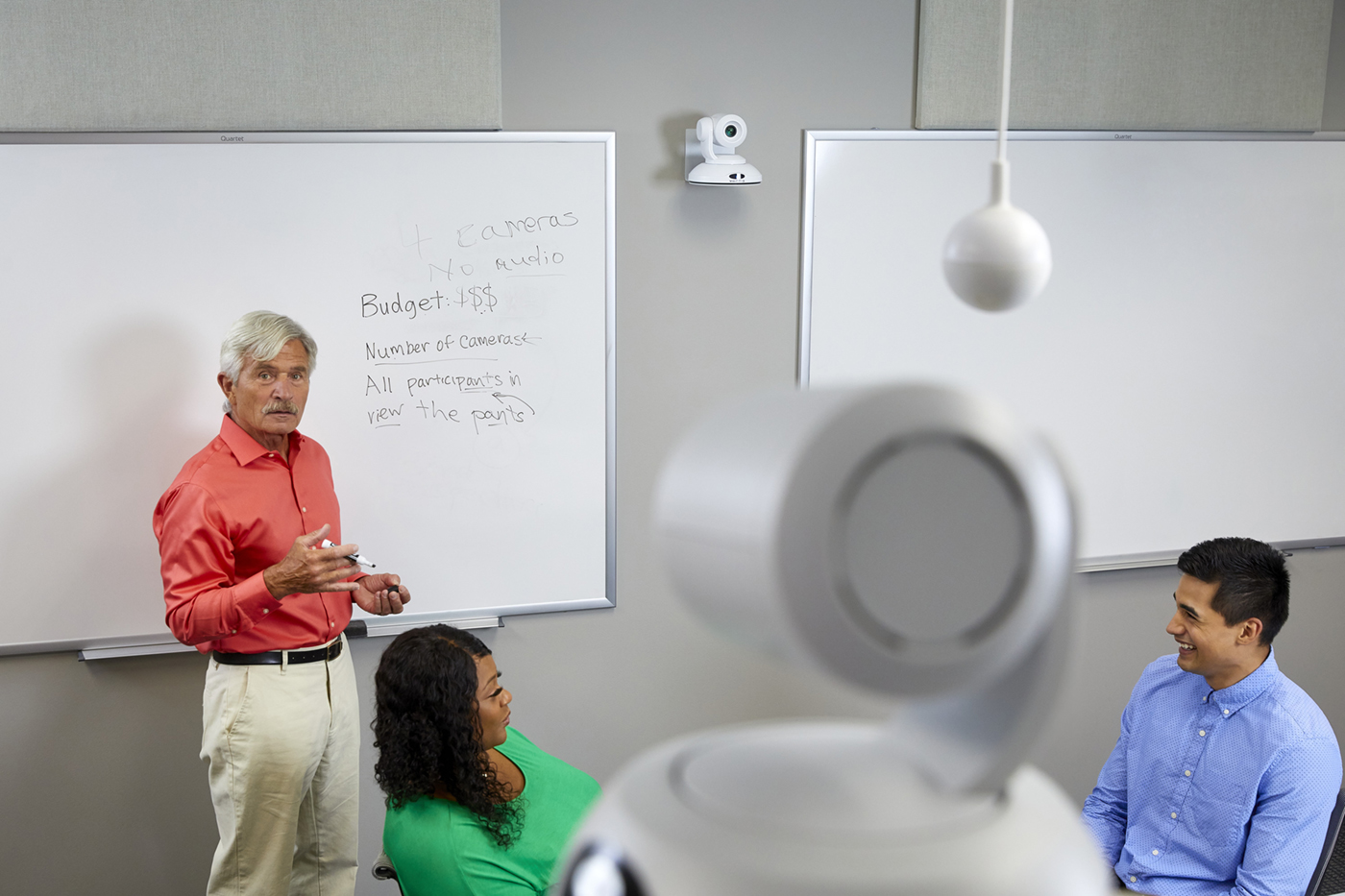 At ISE 2020, Vaddio will premier their new AV over IP range, known as the EasyIP Ecosystem. The system has been designed to deliver, professional-quality conference feeds for UC soft clients and simplifies the BYOD conferencing experience, by moving videoconferencing onto the network.

This networked videoconferencing system allows you to use up to four PTZ cameras in your meeting room, without needing a video switch and can support up to two of either Vaddio’s CeilingMIC or TableMIC microphones. The first phase of EasyIP products which Vaddio have released, include an EasyIP PTZ Camera and a EasyIP Decoder and both can be paired up with Luxul’s AMS-1208P switch, for plug-and-play power over ethernet.

What Problems Will This Solve?

In large videoconferencing spaces, for instance boardrooms, USB cabling tends to be run over long distances. To fix this problem, integrators tend to use expensive USB cables or USB extension systems for extending the distance. The EasyIP Ecosystem removes this problem, as the only USB cable you’ll need is from your decoder to your end-point, which can be no more than the stand cable length. All other cabling in the system is via cheap and easy-to-install CAT cables, creating a simple installation.

Another problem the EasyIP range solves is video conferencing rooms which utilise 2 or more USB cameras. Previously, users would have had to manually switch between the video inputs, either within the UC client or with the use of a USB video switcher. Now however, with the EasyIP Decoder, you can seamlessly switch between the cameras on the network, eliminating the need for extra equipment in the room.

The EasyIP Camera is an adaptation of the ConferenceSHOT from Vaddio. Utilising a 10x optical zoom, this camera is suitable for use in larger video conferencing environments, whilst the 67-degree horizontal field of view makes sure everyone is fit in shot. The device is fitted with a singular network output for connection to a Luxul Managed Switch (or other properly configured 1GB PoE Switches), removing the need for a power supply. Available in both Black and White, the EasyIP Camera sends high-quality 1080p/60 video resolution feeds to the Decoder for delivery to UC soft clients, eliminating the need for costly USB extension systems. All cameras within an ecosystem, can be controlled via Vaddio’s intuitive browser-based interface within the Decoder, allowing for simple and remote camera control.

The EasyIP Decoder can control and switch up to four EasyIP Cameras in one ‘ecosystem’. It provides a USB 3.0 stream of video and audio to the conference room’s connected PC or BYOD, for use with all web-based conferencing systems. As well as support of up to four cameras, the Decoder can also support audio from two of Vaddio’s microphones, whether that be the CeilingMIC or TableMIC microphone. Video is transported via EasyIP technology over the network to the decoder from the 1GB switch.

The Base Kit includes everything you need to get started with AV over IP video conferencing. The easy-to-order bundle includes: one EasyIP Camera, one EasyIP Decoder and one pre-configured Luxul AMS-1208P Switch. If you are wanting to upscale from this system in the future (or right away), simply buy the equipment you need, connect it up to your Luxul Switch and away you go!

As mentioned previously, this is only the first release of EasyIP products from Vaddio and there will be product additions to the range further into the year.