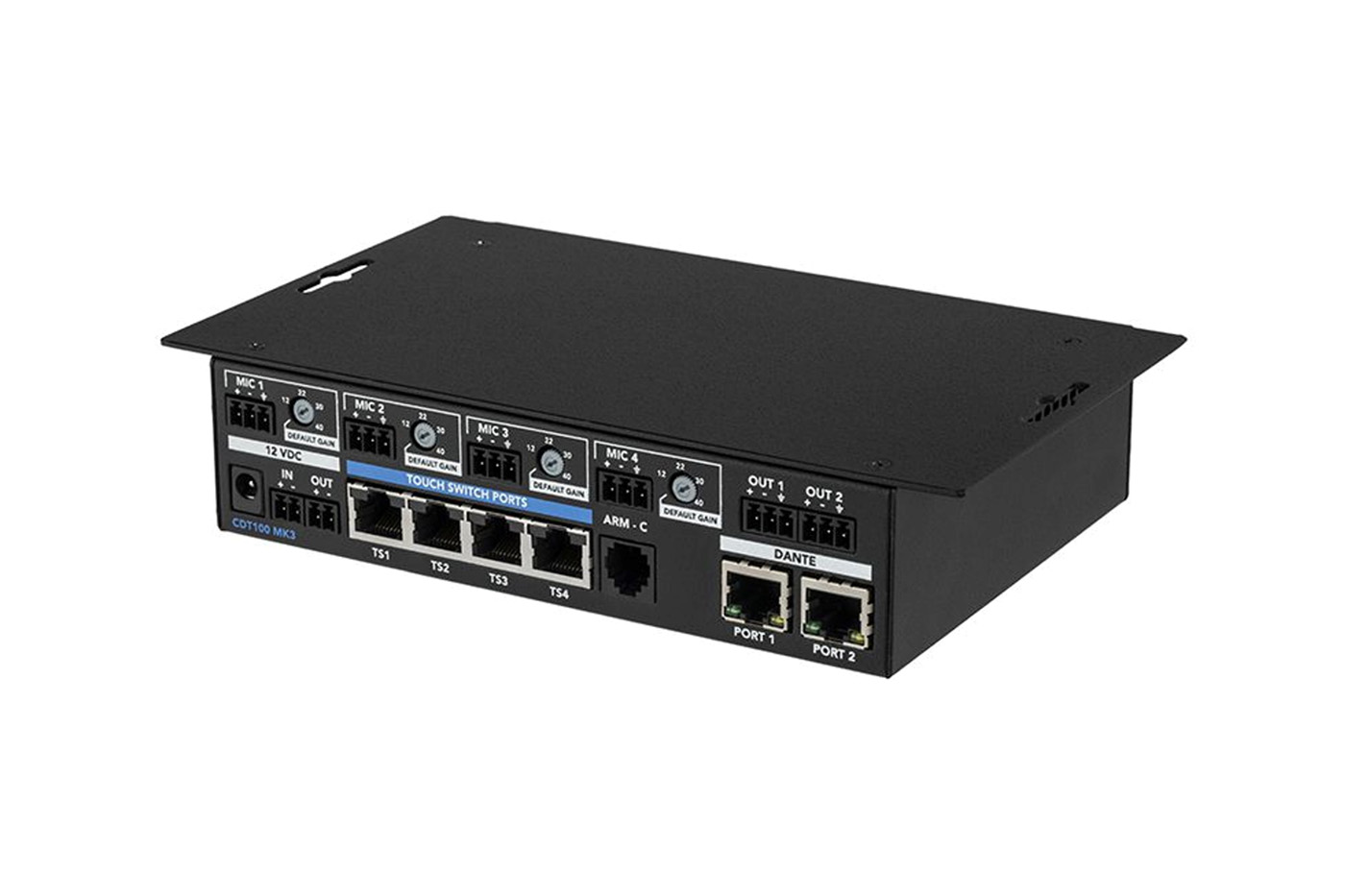 Transform your conference rooms analog microphones into networkable Dante ones with Clockaudio’s new CDT-100 MK3. Connect up to 4 of Clockaudio’s Boundary, Gooseneck or Shotgun Ceiling microphones to 1 Dante Transporter and turn them into Dante microphones that can work alongside your current Dante infrastructure. The CDT-100 takes the audio from your microphones and allows it to be run and transported over cheap, easy-to-install CAT cabling, thus making installations less hassle. The CDT-100 also provides phantom power for each microphone input.

The units are designed to be mounted underneath your rooms tables and reduce the distances you need to run your audio cables. Traditionally difficult to install and make discreet, the audio cabling from the microphones can be easily hidden beneath the table, and integrators only need to worry about running Ethernet cables from the CDT-100 to a network switch.

Each of the connected microphones can be paired alongside one of Clockaudio’s RGB LED Touch Switches, for simple muting of microphones and a clear indication of their status. The touch switches, like the microphones, are connected over a short distance via RJ45 to the CDT-100, and their control signal is routed on the same CAT cable as the audio data.