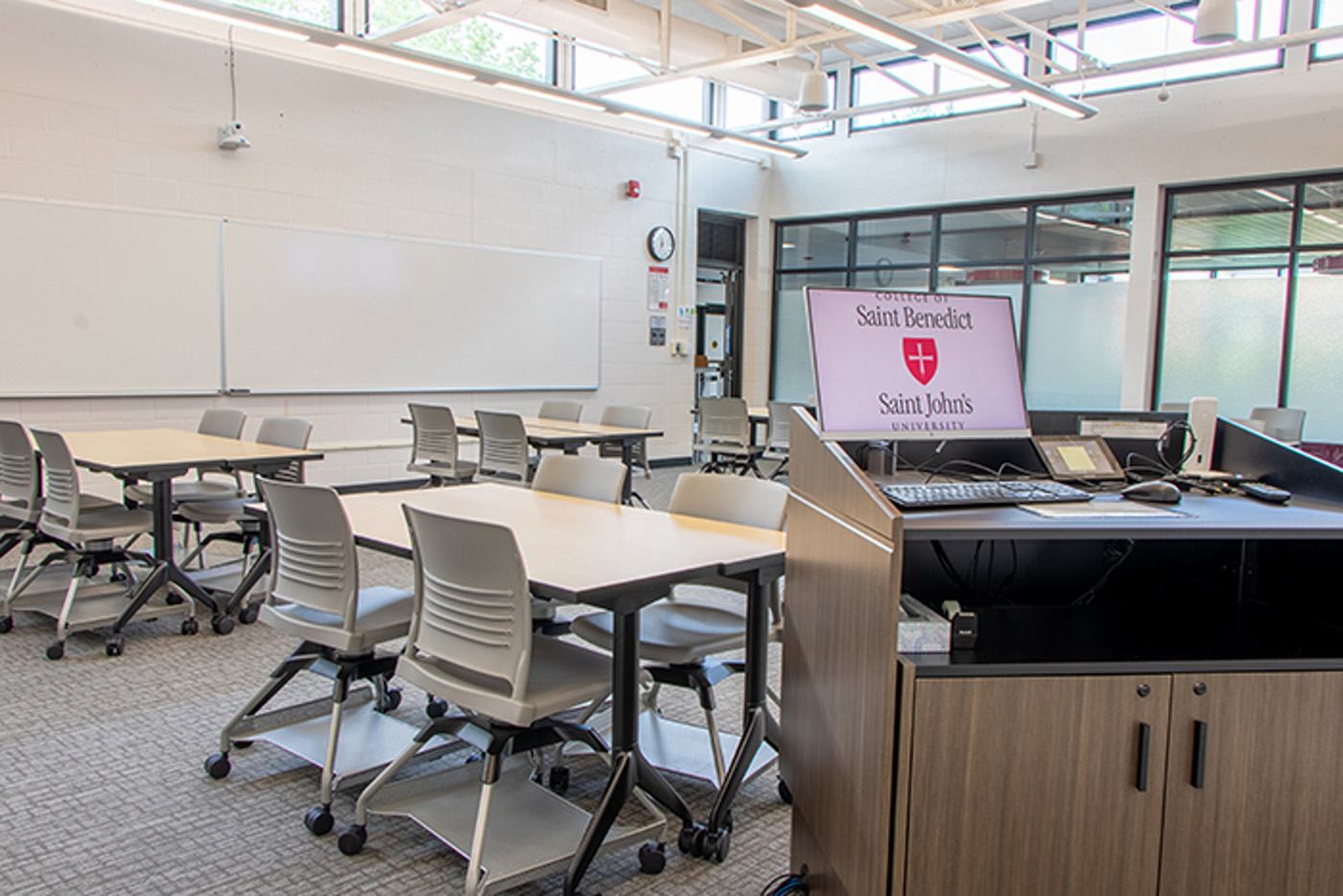 The College of Saint Benedict and Saint John’s University (CSBSJU) needed to rapidly develop a technology plan to offer synchronised in-person and virtual learning to returning students during the COVID-19 pandemic.

Due to the campuses being solely comprised of student residing on campus, the in-person experience is vital to their curriculum, meaning audio and video recording systems were not part of the schools existing A/V solutions.

“Our goal was to figure out how to use this technology to allow for some in-person and combine that with some remote, because we know some students and faculty are part of a vulnerable population and would need to be remote this fall,” said Casey Gordon, Chief Information Office at CSBSJU. They previously used Vaddio videoconferencing cameras and microphones in a few conference rooms and were happy with the quality and ease-of-use of those systems. “We told EPA that the system needed to be cost effective, it needs to be quick to install, and needs to be consistent for our faculty to know how to use. If they’re teaching in this classroom on day and they they’re teaching in a different classroom another, they need to know how to use it,” said Adam Bauer, Classroom Support and AV Manager at CSBSJU.

They also needed the solution to be simple to install so their small on-campus AV team could outfit the 110 classroom in just under 6 weeks. Being able to power and connect cameras and microphone with category cabling saved time and money. It also helped to reduce costs and save time when the Vaddio equipped worked seamlessly with existing Crestron equipment without custom programming.

What they ultimately standardised on was one EasyIP PTZ Camera, two CeilingMIC microphones, one EasyIP Decoder to connect the audio and video with Zoom videoconferencing software, and one Luxul AMS-1208P to power and connect the devices. The system is completely plug and play with no drivers or additional applications to install. For a small on-campus AV team, adding over a hundred PTZ cameras and two hundred microphones could be a daunting task, but Bauer is confident his team can handle the support and training on the new system.

“We wrapped up the installation almost a month ahead of time, and we couldn’t have done it without EPA. To go through and say from the time we started talking to the time we’re done was three months, it’s incredible,” said Bauer.

The pandemic pushed CSBSJU into new instruction models and decisions were made much quicker than previous large technology investments. “I think one of the major reasons that leadership was willing to invest in this technology so quickly is not just that it’s relevant for the pandemic, but it will strategically set us up in terms of being able to stream and record any class in the future. It really is a strategic decision,” said Gordon. “It’s not just an emergency response and that’s one of the reasons we were able to make the call so quickly.”